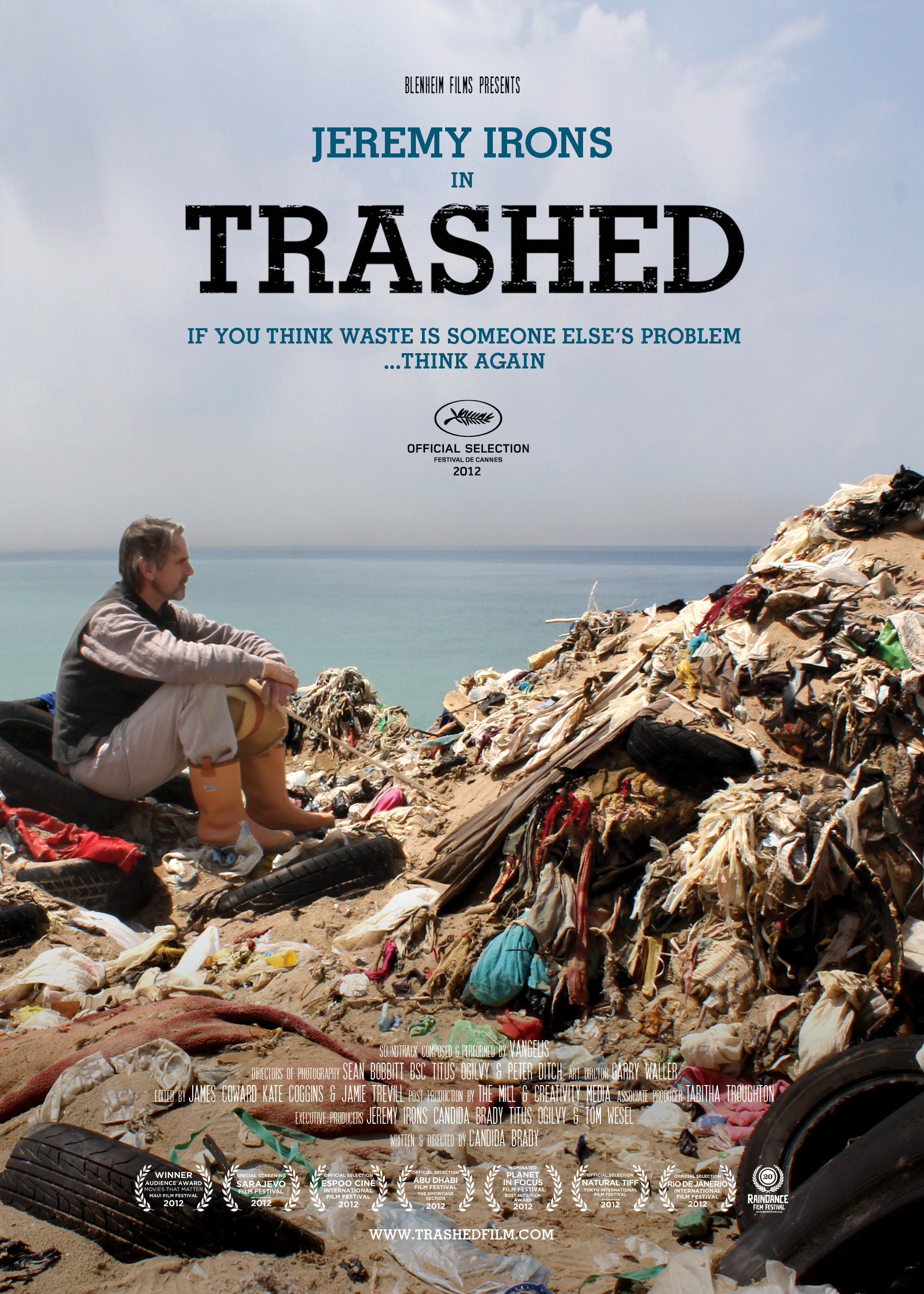 Multi award-winning film Trashed takes Jeremy Irons on a journey from scepticism to sorrow; and from horror to hope in a world full of waste.

Irons looks at the risks to the food chain and the environment through pollution of our air, land and sea by waste pollution.

The film reveals surprising truths about very immediate and potent dangers to our health. It is a global conversation from Iceland to Indonesia between the film star and scientists, politicians and ordinary individuals whose health and livelihoods have been fundamentally affected by waste.

Visually and emotionally the film is both horrific and beautiful: an interplay of human interest and political wake-up call. But it ends on a message of hope: showing how the risks to our survival can easily be averted through sustainable approaches that provide far more employment than the current ‘waste industry’.